In which I die so completely utterly I have plastic surgery so no one there will ever recognise me again.

Why? Saw other people do it well and thought “ooo that’s a good idea, why don’t I have a go, what could possibly go wrong.”

Who Held My Hand? No one so I haven’t lost a valued friend or husband. Just my dignity.

What Happened? Really? You reeeeally want me to go there?? I was so bad, I went home in shock. Actually in shock. You know when you say things like that glibly and read them back and they don’t sound believable coz you were just exaggerating? I WENT HOME IN SHOCK. The kind of shock that gets diagnosed as medical and gets TREATMENT.

And whyyyyyy? I’ve been enjoying the lack of prohibitive nerves recently. I’ve been getting all hopeful and confident, thinking “these stand-up nerves are nothing, don’t know what I was ever worried about – they just don’t last!” I’ve been the laughing happy teen in the opening scene of every Final Destination film ever. Death was coming for me aaaaall along and had this gig MARKED.

I am actually nervous tonight. I don’t know most people here and I’m tired due to long work day and no sleep. My brain isn’t really on it. And I know f*ck all about jazz.

Yep, this is the wondrous Dylan Dodds‘ Jazz Comedy Monday of the Month, where in the 2nd half of an open mic evening, brave fuckwits – sorry, comics – try their set over his live jazz drumming.

I saw Sean Sellers do this once and he was excellent. I love rhythm, I love language, I love playing with both live. I instantly thought “that looks hard but fun and you know, I bet I’d be good.”

And as I type this, I have a surgeon drawing in marker pen on my face where he’s going to start.

Gunners is a tough room. It’s a lovely pub and Dylan Dodds is an eccentric likeable host. The stage is high and made for a band, not a comedian so somehow you feel very far away. You can also see everyone, which I usually like but at this gig it’s all comedians who DO NOT LAUGH. Especially when you’re NOT FUNNY.

I know it’ll be tough. But somehow I don’t think about that. As far as I’m concerned, I’m going to have fun with jazz. And the fact that I don’t understand jazz and that jazz makes me ANGRY won’t matter at ALL.

As ever with open mic, it’s a mixed night. A group of table tennis playing lesbians get coerced into stopping and watching us until they feel too much pain and disgust at what we’re doing and slip away. Open Mic can be the equivalent of watching zombies feast. Except the naked guts on display are mental problems. With the zombies doing it to themselves. 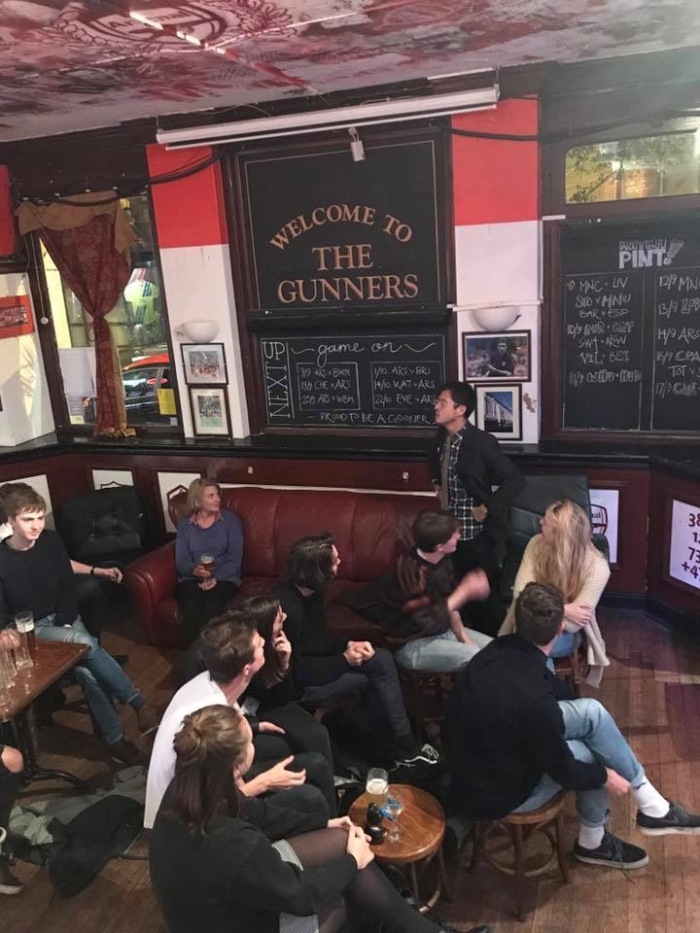 The jazz comics start to arrive around interval time. The Special Ones. The Special Ones With Five Whole Minutes. Battling Jazz. Proper comedians. Comedians who are more experienced and like a challenge. And me.

Sean Sellers is here, looking calm and, you know, jazzy. I have dry mouth and for some reason am shaking. This hasn’t happened in a while. Recently, the nerves have stopped at adrenaline – even at my own gig. It’s the jazz, I tell myself. The unknown factor.

Last time I was here, a comic actually shouted at Dylan to stop, it was putting her off. I overhear Sean request random drumming underneath his. I ponder as to what the friggin difference is, isn’t that jazz…?

I’ve asked to go early as I’m shattered and this is a gig you can slip out of. So I’m 2nd on after Sean. I’m still shaking. I watch Sean do his set with affable ease but I’m puzzled – the random drumming is reeeeeally random. It’s unrecognisable as music. Unlike the last time I saw this gig, it doesn’t add a recognisably jazzy, atmospheric background to the words.

IS PART OF MY FORTHCOMING DEATH THE FACT THEY ARE THE SAME THING???

I step onstage and immediately become such a WANKER, I feel physically ill. But I can’t stop myself. It’s like an out of body experience. I hear my voice asking Dylan Dodds to “challenge me”. I actually ask this out loud. Into a mic. In front of PEOPLE.

Dylan starts random drumming. Barely discernible as music. And unless I had a STROKE since the last gig I saw, this is an entirely different set up. There is NO beat to follow. He seems to be waiting for me to say words in order to thrash a drum or cymbal. I am waiting for him to play some friggin jazz so I can talk over and around it. We are both waiting to accompany each other. Stalemate. Brilliant.

My degree of WANKERISM reaches epic proportions. I start PROWLING the stage with the mic, trying to be all JAZZ COOL. Without KNOWING WHAT THAT IS. I do a sort of my gravelly playful voice, like a TWAT trying to be Tom Waits.

Every time I look up from my ANAEMIC JAZZ PROWL I see a sea of faces who just want DEATH for me. I can read the speech bubbles above their heads:

“What IS this middle-aged wankstress doing to our gig?” “Someone tear out all our ears and eyes and so it will STOP.”

As with every stage death, time slows to make it last longer for everyone involved.

Eventually, after every drum and cymbal has beat out every drop of dignity I ever owned, I ramble to a close and get off, white-faced, shaking and in need of hospitalisation.

“That was hard,” I rasp to Sellers who laughs politely without actually looking at my face. I am too conspicuous to reach my seat so I watch the next guy deliver his material seamlessly, utterly ignoring the sporadic percussion.

During his applause, I make a run for it. No one looks or says anything. They are collectively trying to forget my face so they never have to encounter this memory again.

I walk to Arsenal tube station on feet so numb I can’t feel my shoes. 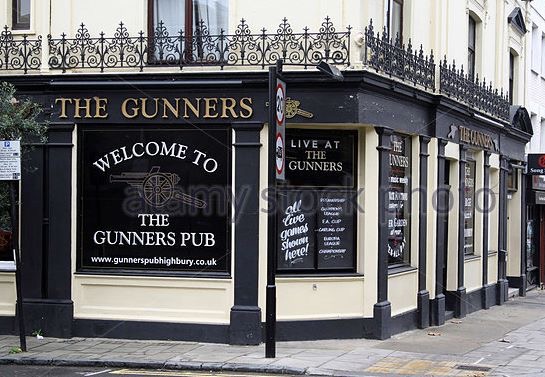