Gig no. 24 Where? Memoirs of a Geezer, Thomas Neale Pub, Shadwell.

Why? I did the asking thing.

Who Held my Hand? My Blogger mate Ian and his mate Robbie.

It’s a 10 spot tonight. I’m meant to be practising 7 for the competition but can’t turn this opportunity down. I want to have fun. My life has become ALL ABOUT this poxy 7 minutes.

I get to the gig straight from meeting a guy called Mark Row who has a new show: A1, the Long Road to Edinburgh, about going from zero experience to putting an Edinburgh stand-up show together in a year. He heard about this blog and we swapped stand-up horror stories in a church graveyard in Shadwell (why not) for his documentary. There’s something very satisfying about drinking warm lager from a tin in a graveyard. I very hard try to be captivating and funny and not waffle. Mark is a nice guy with a very smart idea. I will definitely see his show in Edinburgh.

The long road to the Thomas Neale Pub is a bit less satisfying. Not coz it’s long. It’s just Shadwell. The pub itself is brilliant. Disappointingly, there’s no red carpet when I arrive but inside, it’s bag full of character and I like it instantly. It’s a no frills East End pub with some lovely pillars and a scary, don’t-give-a-f*ck cat. The performance area is directly opposite the bar. There’s no way for punters to escape the comedy. And vice-versa. I smell fun. And sweat. And bad cat hygiene.

Naomi Wattis is the MC and is LOVELY. She’s very excited about her smoke machine, a new addition to the night. It’s all gone a bit East End Live at the Apollo and, between acts, mates and pub patrons, we even have a crowd. It’s nice to finally bring mates, especially my long-suffering Blogger mate Ian, to a night with atmosphere, a great MC and where they aren’t the only non-acts in the audience.

It’s sweltering hot outside and in, I’ve also had a can of warm lager in a graveyard. I am way over-excited and buy £5 worth of raffle tickets. The stage is full of toys and I’ve my eye on the plastic motorbike. That beauty is mine. I recognise a few faces – including the girl who talked about vaginas at Albanian-Ping-Pong-Gate in Archway. I’m on fairly early. My name is announced and a giant dog appears in front of me and bounds towards the stage amid the dry ice. For a good few seconds, the audience thinks Lizzie Hopley is a massive Labrador.

So far, there are few punters at the bar to worry me. I’m a bit too loud and manic in my own opinion but I get through unscathed with decent laughter. However, as the punters soak up more booze throughout the night, the heckles begin, mostly from one guy. “You look like Shirley Bassey.” “That’s such a middle class thing to say.” and “What is good looking?” None of which are particularly offensive and in the case of the latter, border on the existential. The evening’s party line seems to be to get cross or ignore them. I try to imagine what I’d do if it were me. In my head, I roast them like Jerry Sadowitz. In real life, I’d do a King Gong and wee down my own leg.

Later, Naomi says I was strong and she’ll book me again. She hands us all a recyclable toothbrush for performing. It’s all looking good. Then I win the raffle. Forgetting it’s called a Cockney Raffle and everything in the bag is nicked. I win some fake bank notes, some plastic miniature dogs and a bottle of Domestos. Justice for my RAGING AMBITION and GREED.

What I Have Learned: 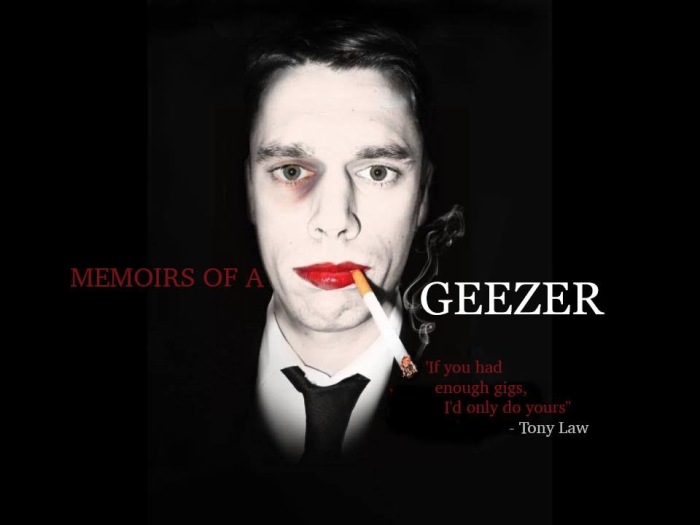